MAY HOLIDAYS WITH GORILLA MMA SERIES: THE 31ST EVENT WILL BE HELD ON LABOR DAY 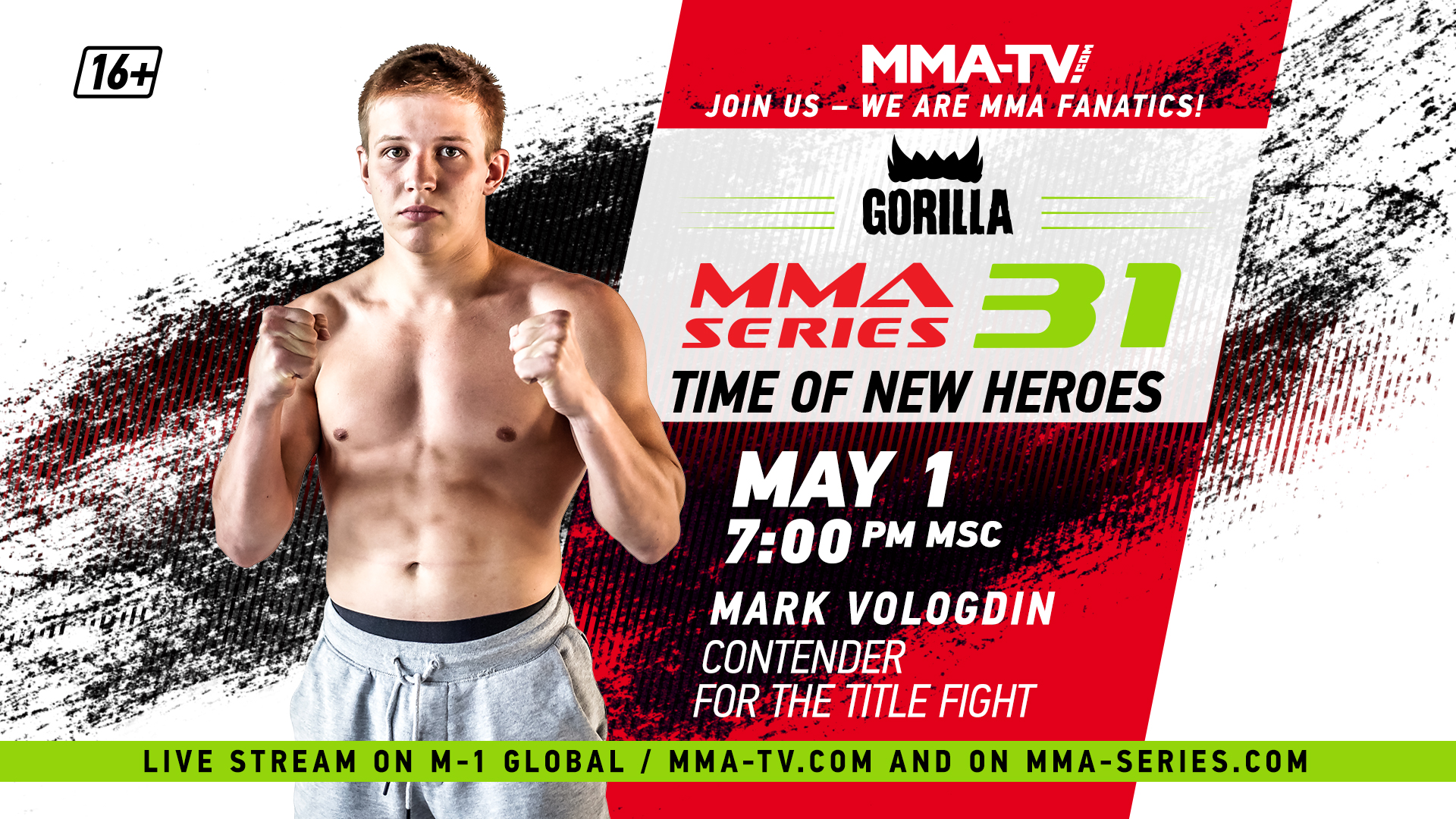 The live stream of the Gorilla MMA Series – 31: Time of New Heroes will be held on May 1 on M-1 Global at 7 PM Moscow time.

In the main fight the bright middleweight Ruslan Shamilov will hold his third fight at the Gorilla MMA Series. The veteran of the M-1 Global and M-1 Challenge tournaments has a record of 6-2 and has been playing pro since 2017. In the Gorilla MMA Series Shamilov's statistics consists of one win and one loss: in his debut he lost in the main fight at the MMA Series – 8 to Vladimir Vasiliev, and three months later Ruslan won by KO of Abdel Rahman Emam.

Shamilov's opponent at the "Gorilla MMA Series – 31: Time of new Heroes" will be Bobojon Togaev from Uzbekistan. He has three wins with zero losses. Togaev took part in the Legion Fighting Championship events. All of Bobojon's wins were early: two by submission and one by technical KO.

And the young talent from Karelia Mark Vologdin will fight first time in his career in the co-main event of the evening. At the same time the basic karate player spent six fights in the Gorilla MMA Series, five of which he won. The victory in this fight can become for Vologdin the sixth in a row at our events, and such result will be an absolute record of a Series. If successful, on May 1 Mark will get the opportunity to fight for the Gorilla MMA Series belt.

Fighters Vladimir Yurusov, Artem Semenov and Alexander Mitkin, who previously performed at the Gorilla MMA Series, will fight as well on May 1. Semenov like Yurusov began his career at our tournaments. Artyom's record is 5 wins with 3 losses, Vladimir scored three wins with zero losses.

For Mitkin the fight at the "Gorilla MMA Series – 31: Time of New Heroes" will be the fourth in the Series, and his record is 2-1. At the moment, Alexander leads a series of two early victories.