GORILLA MMA SERIES CONTINUES TO EXPAND ITS GEOGRAPHY: 26th EVENT WILL BE HELD IN VORONEZH 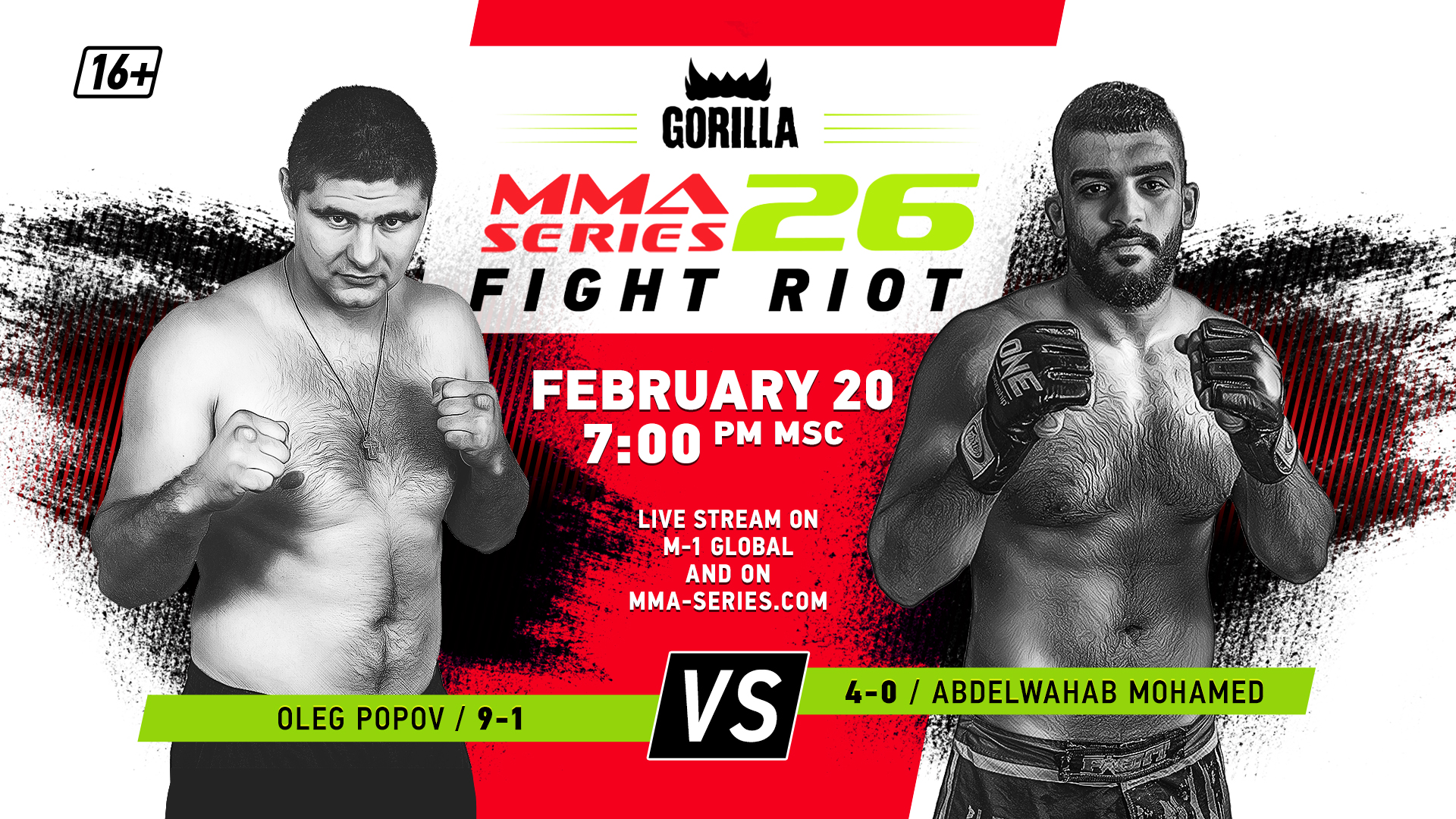 Live stream of the Gorilla MMA Series – 26: Fight Riot will be held on M-1 Global on February 20, at 7 PM Moscow time.

We are pleased to welcome a long-time friend of MMA and the new general partner of the MMA Series, Gorilla Energy.

Ilya Kurzanov (15-8) against Yan Sleptsov (4-2) is the 3rd of the main fights of the Gorilla MMA Series-26: Fight Riot. Experienced Kurzanov will hold his 24th fight in his career, but the last fight was a year ago so the upcoming event is a return in action. Kurzanov managed to fight with many Russian MMA stars. Alexander Matmuratov, Movlid Khaybulaev and Rasul Mirzaev are some big names of his rivals. On February 20 Ilya will face Yan Sleptsov and this fight will be the first test at such a high level.

The second of the main events will be a flyweights fight: Yakov Ekimov versus Farid Alibabazade. The upcoming fight will be the 4th for “Kuznya” fighter Ekimov in the Gorilla MMA Series and his record is 3-0 here, all by KO’s. Farid Alibabazade (5-1) from Azerbaijan will try to break Yakov’s win strike. Farid fought in Gorilla FC, EFC and Titan FC. More than a half of both fighters wins were early and this is a rarity for flyweights. So it will be a real spectacle for us.

The main fight is heavyweights clash: Oleg Popov against Abdelwakhab Mohamed. One of the perspective Russian heavyweights Oleg Popov (9-1) will fight for the 3rd time in the Gorilla MMA Series and in the statistics of the headliner from the "Kuznya" fight club are only wins for this moment.

Popov’s rival is Abdelwakhab “El Diesel” Mohamed from Egypt. The unbeaten heavyweight will come to Voronezh to achieve the 5th win in his career. And the successful result will push him to the MMA heavyweights elite.

The Gorilla MMA Series-26: Fight Riot tournament will be held on February 20, 2021 in Voronezh. And the audience will see 11 fights of fighters from five countries in six different weight categories.