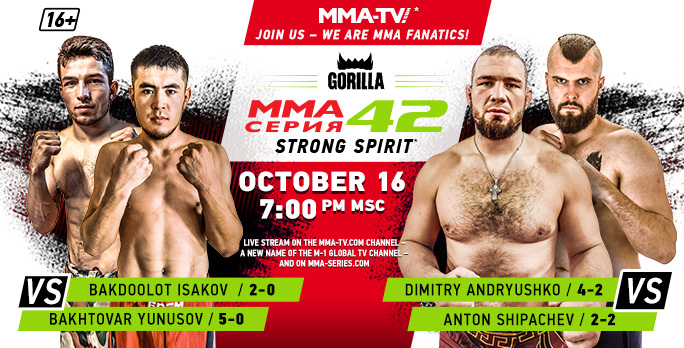 An upcoming weekend (October 16-17) will be significant for Russian MMA fans. There will be two huge shows with stars like Alexander Shlemenko, Magomed Ismailov, Vladimir Mineev and Artur Guseynov. Gorilla MMA Series planned the event on October 16 as well. An upcoming tournament has a great fight card for those who want to choose what they like.

Gorilla MMA Series star Bakhtovar Yunusov will fight in the main event of the “Gorilla MMA Series-42: Strong Spirit”. The unbeatable athlete from Tajikistan has four wins in the Series and five in the MMA career. His last fight was in one of the most progressive leagues in the world Bave FC. Now he is preparing for the fight against Bakdoolot Isakov. The fighter from Kyrgyzstan has a 2-0 record and this means that Yunusov has more experience. But Isakov has a good chance because he is also undefeated.

The heavyweight Dimitry Andryushko will face Anton Shipachev in the co-main fight. Andryushko aka Mastiff is well known for his 2 brutal wins in the Series and also his performances in POP MMA YouTube promotion “Nashe Delo”. His opponent is the most dangerous in the Series and his nickname is Kharon. The Shipachev’s record is 2-2.

The Gorilla MMA Series veteran Maksujon Kadirov will face Abdrasul Nursultan Uulu in the third super fight. Kadirov had 4 fights in the Series: 3 wins and 1 loss in the last Series fight. Now he will try to close that defeat but it will be not easy because Abdrasul has a big experience: 10 fights in the MMA career and 1 battle in the Series.

Also we recommend watching a Dzhambul Askarov’s fight. He is the brother of the ex-ACB champion and the UFC title pretender Askar Askarov. An upcoming fight will be a debut for Dzhambul in the Series and the 5th battle in the MMA career. His opponent is Shakhzod Abdrakhmanov from Uzbekistan, he has 4 pro MMA fights. 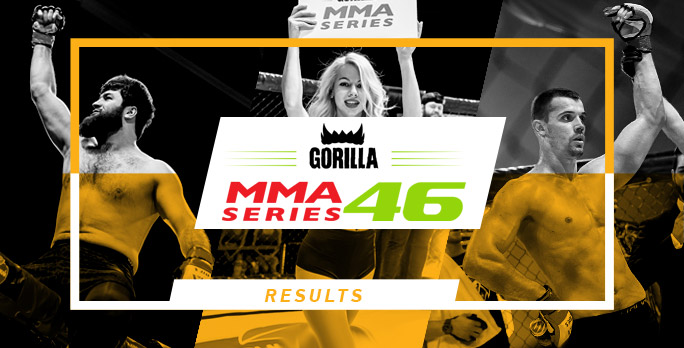