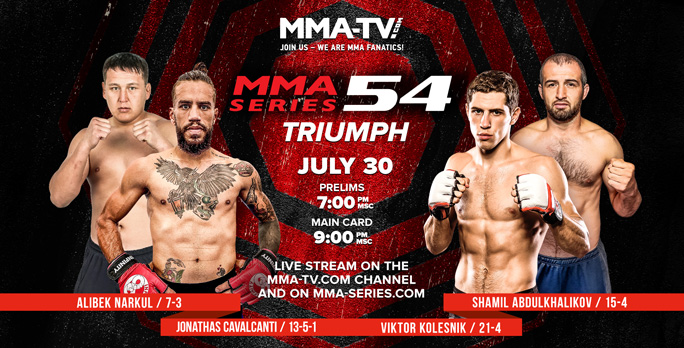 MOSCOW HEAT: THE MMA SERIES RETURNS TO MOSCOW WITH THE BIG EVENT

The MMA Series-54: Triumph event will take place on July 30 at the Triumph Sports Palace (Lyubertsy). The organizers planned 13 fights involving fighters from seven different countries: Russia, Brazil, Kyrgyzstan, Tajikistan, Belarus, Uzbekistan, and Moldova. High-class fighters compete in MMA Series-54, and some of them are already well-known to MMA fans.

Main fight of MMA Series-54: Triumph is Viktor Kolesnik (Russia) versus Jonathas Calvacanti (Brazil). The fighter from Kuznya fight club has a 21-4 record and also known by 3 MMA Series successful fights. He is well known for his fights in the M-1 Global league. His opponent is Monstro. It will be the first fight in MMA Series for Jonathas. He is highly known for his fights in SBC & WSOF. Monstro has black jiu-jitsu belt.

Shamil Abdulkhalikov (Russia) and Alibek Narkul (Kyrgyzstan) will fight in the co-main event of the MMA Series-54. Shamil will fight for the fourth time in the Series. Previous three were successful. His record is 15-4. If he wins, he will receive the bronze MMA Series title. This is a temporary title. Narkul will fight in the Series for the second time. He stopped Roman Karasev (7-4) in MMA Series-52 who has 5 wins in a row in the league. Narkul has a 7-3 record. He has 7 wins in a row right now.

We are excited to announce Mariya Artyukhina return (Russia) from a lengthy injury recovery. She has three wins in MMA Series and a 5-2-1 record. At her last performance dated at May 2021 Artyukhina confirmed a strong-willed victory versus Gulnazik Omorova (3-1). Her opponent is Begayym Akbalaeva (Kyrgyzstan). It will be her debut fight in the Series but she already has 7 pro fights.

Pay close attention to the return of former Silver MMA Series Champion Wanderley Junior (Brazil). In MMA Series-47, Abdulgadzhi Gaziev (17-1-1) defeated him for the title. If Mexicano wants to return to the title race, he must defeat his next opponent. This is Argen Maratbek (Kyrgyzstan). It will be his debut fight in the league, but he has a big experience in MMA. His record is 17-9.

MMA World Champion among amateurs Vladislav Sukalenko (Russia) will fight for the second time in the Series and pro career. His first pro fight was successful in MMA Series-51 and he now wants to extend his winning streak. The fighter from Kuznya fight club will fight versus Alexandr Balaur (Moldova). He already has 2 MMA Series fights: versus Sergey Bobryshev and Maxim Viktorov. The fight vs Bobryshev wins in the “Fighter of the year” MMA TV.COM Awards 2021 nomination. Also don’t miss another Kuznya fight club prospect: Vasiliy Rudenko (Russia) goes for the fourth MMA Series victory and the fifth in his career. His opponent is Igor Konstantinov (Russia) has a 3-4 record.

Watch the entire MMA Series-54 competition. Sergey Avetisyan (Russia) and Tagaibek Sayfidin (Kyrgyzstan) are in prelims. Both fighters will debut in the league. Avetisyan has only one draw in his record. Sayfidin is a more experienced fighter with a 4-0 record. Fighters are ready to show their best in the first MMA Series-54 fight!

Get a tickets & live stream: mma-series.com. 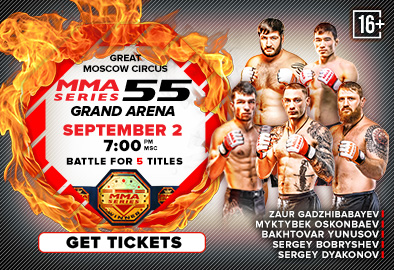 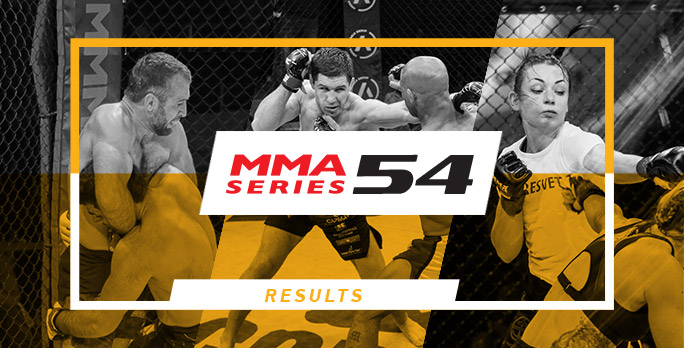 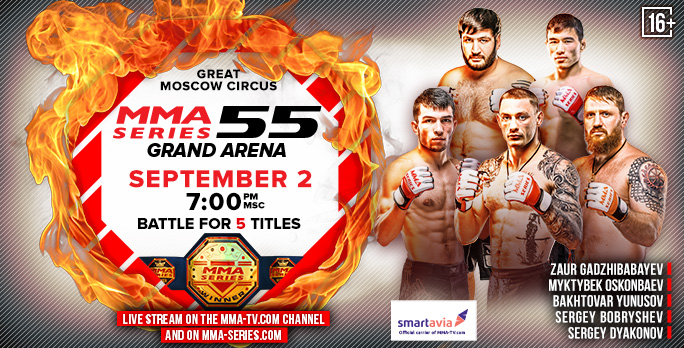